Skip to content
Posted on June 6, 2015June 6, 2015 by krisgranger Posted in Uncategorized

Creative industries have been becoming increasingly more dependant on technology globally and locally, and the Film Industry is no different. With a focus on export and global relevance, the Film Company of Trinidad and Tobago (FilmTT) is gearing up its summer campaign to stimulate the use of smartphone and 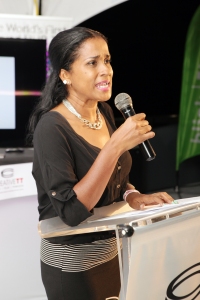 mobile device technology in short-film making. The Trinidad and Tobago Smartphone film festival launched on May 27th, 2015, in this regard.

Through the Smartphone Film Festival, FilmTT plans to engage hundreds of local mobile device users in the globally trending shot-film making activity. The use of easily accessible technology, in this instance, for film-making, will broaden accessibility to the billion dollar industry. With major music videos and festival screenings turning to smartphone cameras for shooting, FilmTT is pushing Trinidad and Tobago right in the direction of modern, worldwide practices.